An overdose is designated sometimes as either accidental or intentional when someone overdoses on an addictive substance. However, is the distinction always clear? How do experts know the difference between suicide and overdose? They may look for context clues, such as a history of mental illness, comments from the person’s family members, or a suicide note. The lack of information pointing to an intentional overdose does not unequivocally mean that the overdose was accidental. What if more of these overdoses than we realize are classified as accidental while they are intentional suicide?

The Extent of the Problem 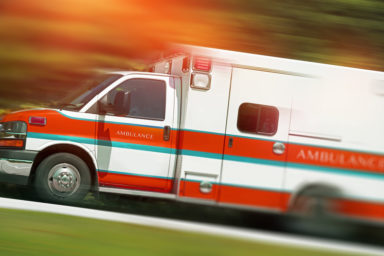 If we are misclassifying many drug overdose deaths as accidental, we are missing the extent of suicide and the societal problems that could be contributing to it. Have we become blind to the widespread hopelessness affecting our society? Are we looking to drugs as the problem, when the problem often goes deeper to involve catalysts that drive people to rugs as a means to cope or escape? These are potential ramifications of misclassifying an overdose.

It may not always be possible to know with certainty whether an overdose was intentional. However, it makes sense to consider this possibility in every case when considering suicide and overdose. Perhaps addressing problems in our society could reduce the overdose rate.

Factors to Focus On

It’s essential to take steps to understand whether deaths were intentional as much as possible. Also, we should be working to counteract hopelessness.

With the absence of a suicide note, professionals should not assume that the overdose was accidental. It would help for those classifying the death to have access to the known mental health history of the patient to help make an assessment. This could potentially include looking at mental health records or having a short consult with the family before making an official classification. Nonetheless, the issue is complicated. There won’t always be a record of a person’s mental state. Even an accidental overdose could come from a feeling of hopelessness that drives the person to use an addictive substance, to continue using it, and to increase the dose.

Also, there is a need to understand why people are experiencing so much hopelessness. Could the following factors be at the root of the problem? Currently, we see a lack of:

We can also look to societal issues that impact people on a personal level when thinking about suicide and overdose. We may be able to look at the United States as an example of how societal issues can contribute to a drug overdose. The U.S. comes in at the top of overdose rates throughout the world. Why is this? At least part of the reason includes cultural and socioeconomic factors at play such as:

This overview gives the idea that problems like these can contribute to “deaths of despair.”

How to Prevent Suicide and Overdose

Looking at the patterns, it seems that leaders often look for Band-Aids to temporarily solve the problem instead of trying to prevent the problem, going forward. We often put our focus on the wrong area. It’s possible we can work collectively to prevent suicide and overdose if we try to understand the root causes better. Instead of putting so much attention on addictive substances and the condition of addiction, we can focus on what is driving people to use them.

When the medical industry cracked down on access to prescription pain killers, it did not stop overdoses. Instead, people turned to illegal opioids such as fentanyl and heroin. These drugs are stronger than prescription opioids and only increase the risk of overdose. Also, it’s unclear what you’re getting in a batch of street drugs, so it’s easy to overdose when you don’t know the makeup or potency. When alcohol was made illegal during Prohibition in the United States, it did not stop people from using it. These methods don’t work. They’re not getting to the root of the problem.

Instead, we should be focusing on what is driving people to use addictive substances and what is leading them to want to end their lives. This can happen on many levels:

It’s time to consider whether we are collectively ignoring widespread hopelessness and factors that contribute to this level of emotional distress. We should be questioning the reasons why people are turning to drugs and committing suicide and finding ways to address those underlying issues.